Remember back (for some of you that's waaay back) to elementary school when you learned how to write a 'friendly letter'? I do. Each of us was even asked to mail these letters to someone else in our class, presumably to learn the inefficiency of the U.S. Postal Service.

Well, today I received a letter from Jessica. Jessica, who introduced herself as "an Obama state field coordinator", works for FairTax.org, and her letter was crafted to reflect the notion that Democrats and Republicans could/should unite under the fair tax system. In the interest of space and time I won't re-print her letter here. You'll need to take my word on this (unless you also received a letter from Jessica), but the only time that she sounded like a Democrat was in the closing paragraph where she asked for a donation. I decided to use my second-grade friendly letter writing skills to respond in a friendly manner. Here's what I emailed:

You don't seem like a Democrat to me (certainly not an obama field organizer) when you recognize that lower taxes boost job creation and that a system like the fair tax is more fiscally responsible, but it troubles me that you can be a supporter of the Usurpent while supporting a rational, logical, and fair idea such as the fair tax. I'm glad you favor the fair tax, and I encourage you to continue reading about other similarly conservative principled ideas. I also thank you for working for FairTax--you're a good citizen!

Being a good citizen, however, entails many things, not the least of which is consistency. The fair tax, obviously, is fair to all of us, yet inflicting government control and oppression through the Usurpent's programs such as the propping up of financial institutions, the hostile takeover of two of our auto manufacturers, constant apologies to foreign leaders for unfounded U.S. foreign policy actions, coersion, bribery, and lies in an effort to provide socialized health care, abortion rights, homosexual marriage, and reckless and irresponsible budget proposals are not fair to anyone.

I preach the gospel of fair tax wherever I go, but the truth of the matter is that, unless our leaders reign in spending, the fair tax will fail. recognizing this, then, two things must happen: 1) anyone who has served longer than six years in office must be voted out, and 2) the constitution must be amended to require term limits as follows: a) senators may serve only one term, and b) representatives' term shall be of six years, and they shall serve only one term.

Serving the public by elected office was never intended to provide life-long careers replete with retirement pensions, and, aside from turning to God as a nation, the only hope and change for our future is in these things. Here's to the FairTax, Jessica, and to the assurance that it will work--Constitutional term limits!

Posted by robert thompson at 9:02 AM No comments: 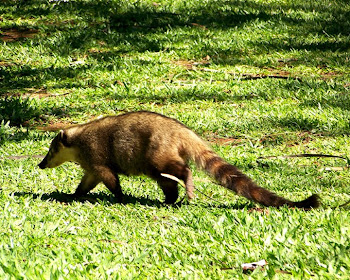 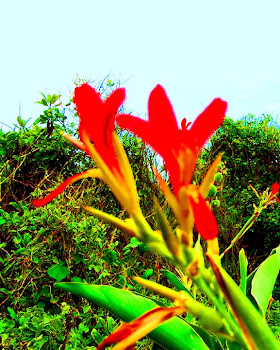 robert thompson
With all of what's wrong in the world, let's find -- or work to create -- the beauty in it.